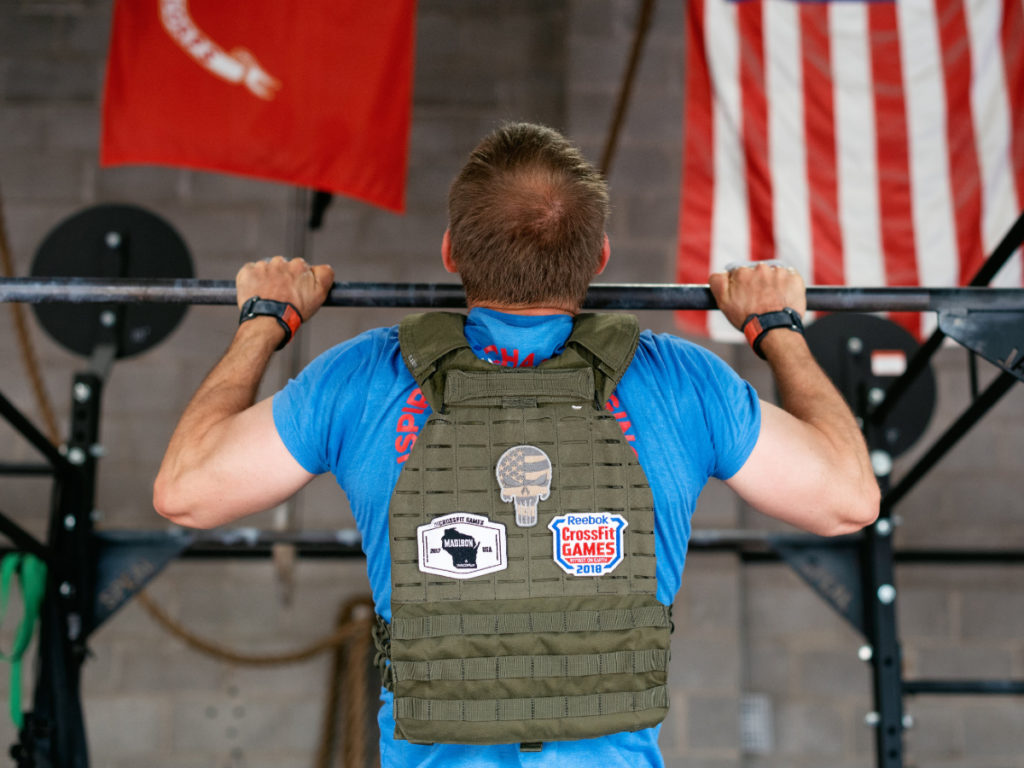 Like so many, Chad has been involved in athletics for as long as he can remember. Football, baseball, golf, and basketball consumed his youth. He earned a bachelor’s degree in Kinesiology from the University of Wisconsin-Madison and a certificate in Athletic Training. While at UW, he worked with the Sports Medicine staff treating injury and rehabbing myriad college athletes, and he met his wife and fellow CrossFit Wilmette athlete, Courtney.

Chad received a second Bachelor’s Degree in Nursing from Purdue University and worked on a cardiac floor while living in Indianapolis. Chad continued to be a fitness geek after high school, enjoying running, biking, and lifting weights. Courtney, a former Division 1 collegiate athlete, was the same way. In 2013, they were looking for something new. It was in Westfield, Indiana at Thrive where the two met and fell in love with CrossFit. Fittingly, their first workout was Fran. Even though they felt like death, CrossFit had them hooked. They loved the challenge of learning and refining Olympic lifts and gymnastics movements, and the constantly varied workouts that tested their cardiovascular, muscular, and mettle fitness. They also loved the group atmosphere where everyone competed, but also cheered each other on. They have been members of a CrossFit community everywhere they lived, and joined CrossFit Wilmette as soon as they moved to Evanston in mid-2015.

Chad loves that CrossFit is scalable for everyone, and that its principles will challenge all from the elite to the most deconditioned athletes. The movements CrossFit athletes develop, train, and strengthen are vital to lifelong health and independence, and best yet, the workouts are complete in under 60 minutes.